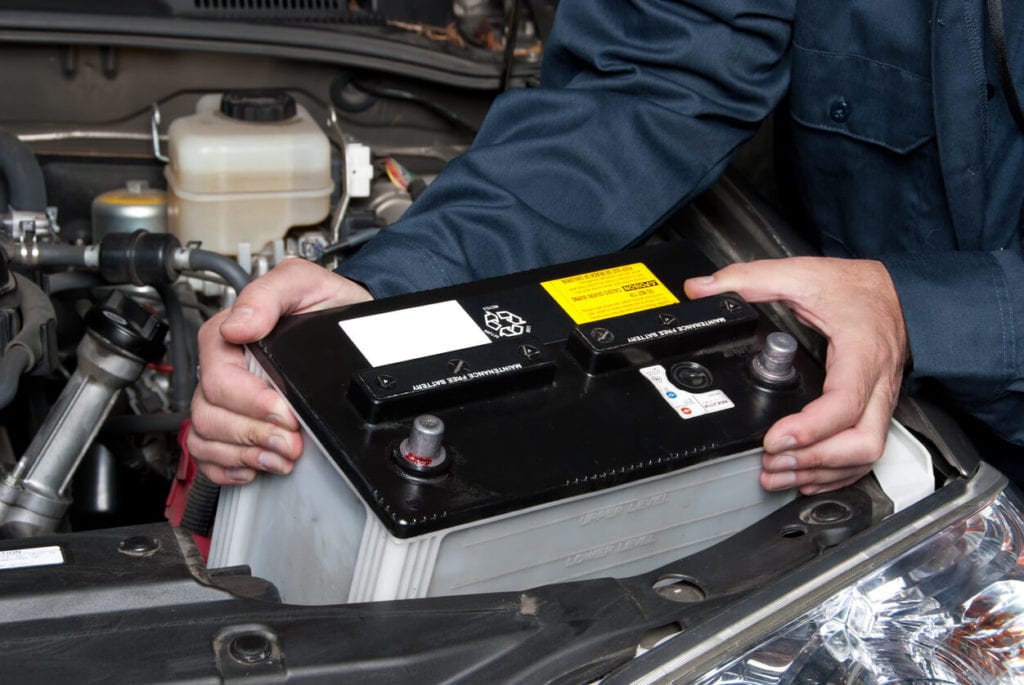 Your car relies on your battery to help start the engine and to power all electrical components as you drive happily down the road, singing to your favorite song. Though your happiness can be quelled when your car won’t start due to a dead battery. Often a dead battery catches us off guard, with no warning. While you can’t prevent your battery from losing its charge naturally, there are ways to get more time out of your battery. Don’t be stranded with a dead battery! Follow our tips on how to identify signs of a bad battery and what causes a battery to die.

What Are the Signs of a Bad Car Battery?

While it would be nice if our car could tell us, “hey, I think my battery is dying. Can you help me out?” Cars aren’t quite that sophisticated–yet. Here’s hoping for the future though, right? While your car may not tell you outright that the battery’s charge is low, there are signs that indicate the battery is struggling to do its part. The most common signs of a dying battery include:

What Causes a Car Battery to Die?

There are several culprits that can be blamed for causing a battery to die. However, the cause of most battery failures is due to user error, electrical system malfunction, or poor battery performance. A battery that continues to give you trouble is most often caused by:

Car battery maintenance is your best defense when it comes to preventing your battery from an untimely failure. Here’s how to get a few more miles out of your battery:

How to Charge a Car Battery

The life expectancy of lead-acid batteries is reduced when left fully or partially discharged. A fully charged battery should register at 12.7 volts or more. If the voltage falls below this number, the battery should be recharged. A battery is only charged by one quarter at just 12 volts. Once it drops to 11.9 volts, your battery is considered dead. Keep in mind that most modern vehicles demand more power than ever because of all the power needed to operate electronics.

To charge your battery using a battery charger, follow the directions below. Note: Keep as much distance as possible between the battery and the charger. To prevent a current from flowing before necessary, be sure the charger is not plugged into the wall and is in the “off” position until step 3.